Aviv: Concerto for Piano and Orchestra 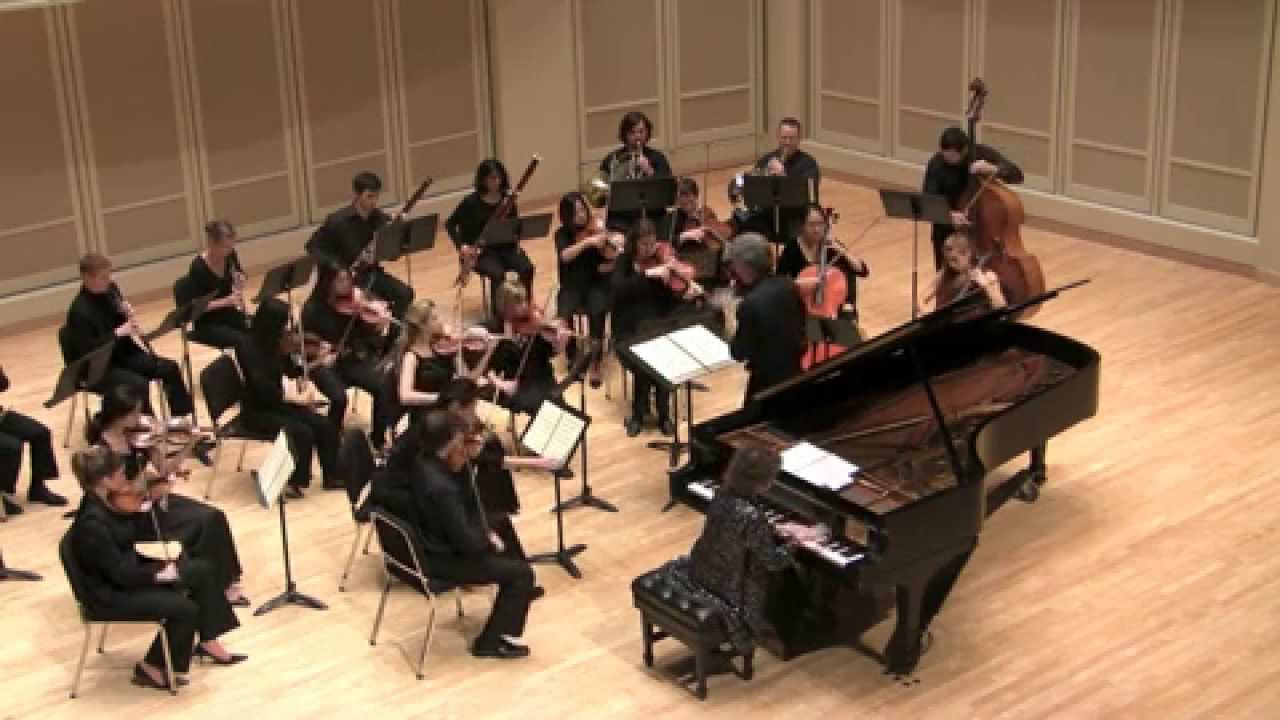 Aviv: Concerto for Piano and Chamber Orchestra is a 21st century tribute to Mozart, whose piano concerti I have always loved. I recall Rossini’s tribute that “the music of Mozart was the delight of my youth, the despair of my manhood, and the consolation of my old age.” “Aviv” is the Hebrew word for “spring”, and the concerto is a lively and joyful piece.

Written for a typical 18th century orchestra (pairs of flutes, oboes, bassoons, horns, and strings), Aviv is a deconstruction of a Mozart concerto, using all the usual elements, such as an orchestral ritornello, solo “exposition”, slow movement, and lively rondo, only to juxtapose them in unexpected ways. The piano begins the piece in what turns out to be the wrong key (although it does become the key of the slow movement); the orchestra then seems to begin its ritornello, but is briefly interrupted by the piano, which apparently doesn’t realize that it should wait for its grand entrance until the ritornello is finished. What seems to be a development is interrupted by a peaceful slow movement, whose variations are based on a chorale-like theme that is stated only much later, at the beginning of the piano cadenza. The development tries to return, only to be interrupted by the “rondo” theme, then by a recapitulation ” (in the wrong” key) of what might be called “the second theme”, and then by the piano cadenza, leading to a final summation of the materials of the piece by both orchestra and piano, culminating in a lively close.

The concerto was commissioned by pianist Yael Weiss, and supported by a grant from the Fromm Foundation.